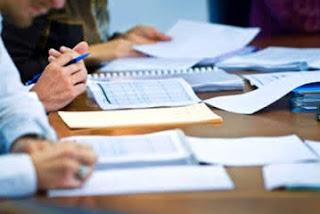 Publicly elected school boards (boards of education in BC) have been in place in most Canadian provinces even before Confederation.  I and others have argued that locally elected school boards are the “ground zero” of democracy because they are our most local form of governance entirely focussed on one of our most important public goods - education. However, democracy is about more than just citizens selecting others to represent their interests through election. It also comes with responsibilities for those elected to provide that representation appropriately.

School board governance is the foundation on which student achievement and fiscal responsibility are achieved. These outcomes are a board’s reason for being, but the means of achieving them are equally important. However, except for funding and budgetary matters, provincial governments generally provide little direction on the way that trustees should go about their work – on the actual processes of governance. To be clear, this is not to suggest that school board governance is a free-for-all. There are well-documented standards for good governance in the literature and these have been shown to positively impact student learning. Most boards meet these standards, but this is largely by choice and circumstance rather than by requirement. I have witnessed previously high functioning boards with a history of good governance practices fall into turmoil. Sometimes it is a result of external pressures exerted by special interest groups or overly partisan politics. Sometimes it is an internal challenge presented by a single board member who decides their individual agenda should supersede the board’s and not be restrained by previous procedures.  Boards have very limited means to manage the behaviour of individual trustees, and for the most part, the only significant tool available to the Minister is to fire the whole board if things eventually get bad enough.

Some would argue that the determination and assurance of good governance should be purely a local matter and that the performance of boards should only be assessed by constituents through elections. However, the counter argument can also be made that the definition and assessment of governance should not be left to good intentions, optional learning and the vagaries of elections. School boards matter and research shows that those who have strongly embedded governance practices have a greater positive impact on student learning. An opportunity exists for boards and their provincial associations to proactively work with government to agree on a set of standards for good governance and ways to empower boards to enforce them. Let’s applaud the many boards that apply these standards, but let’s also be open and courageous enough to explore options to ensure that the standards are continuously met by all.


www.Boardswork.ca
Posted by Stephen Hansen at 14:01