Board Work is Hard - Part 2 of 10: Democracy Rules 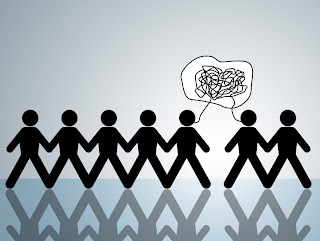 Although self-evident it is worth repeating – the reason we have publicly elected school boards is to provide the public with a voice in one of society’s most important “public goods” - education. By exercising this right we select individuals from our local communities to represent our interests in public education. To be clear, this is much more than (or should be) representation for parents of school-aged children. The governance of our public education system is critically important to our whole society. It creates our future citizens, future leaders, future employees, future parents, and those who will be running the world. And we have a right (with few restrictions) to elect whomever we choose to represent us, as is the case in all levels of government. The shame is that despite the importance of the role voter turnout for school trustee elections is generally low. But regardless of the percentage of the community that voted, those with the majority of those votes will take on this role of representing their entire community - those who voted for them, those who didn’t vote for them and those who didn’t vote at all. This can be a difficult transition for some, challenging their interpretation of what political representation means.

For most trustees, being elected to a school board is their first foray into political office. They enter with little governance experience or training, bringing equal measures of enthusiasm and naivety to this level of democracy that is arguably closer to the people it serves than its provincial and federal counterparts.  While sometimes looked down upon as the bottom of the political totem pole, school boards are Canada’s oldest democratic institution, developed from and for local communities. School boards also serve as the learning ground for many who go on to serve in other levels of government. Look into the biographies of politicians at the provincial and federal levels and you will find many got their start at the school board level, closest to and truly from those they serve. It is not a stretch to say that school boards serve as the genesis and the crucible of democracy.
The vast majority of new trustees are eager to learn their new role and to work as a contributing member of the corporate board. And “new blood” is a good thing for boards. New members bring energy, fresh perspectives, and challenges to the status quo. However, sometimes things don’t go so well, particularly if the new board members were elected on a wave of anger at previous decisions – more common when previous boards have had to make tough decisions related to school closures or reconfiguration. I have seen well-functioning boards become barely civil after the election of trustees who see themselves as agents of dramatic change. Sometimes the passion for change sends shock waves throughout the whole district, destabilising systems, damaging morale and occasionally careers.

More frequently I have seen boards that have been the cause of their own woes by not having in place procedures that provide for a respectful and moderated forum for debate and change. Some boards pride themselves on getting along, rarely showing dissent, and predictably voting in unison. While this may make for short and sweet board meetings it begs the question of how deep and meaningful the board’s work really is, and how well the board actually reflects its own community. The whole reason boards have several members is to bring a variety of perspectives to the decision-making process.  If all of the trustees are like-minded then why have a board in the first place?  Like the grit in the oyster, healthy debate and questioning of the status-quo can produce the pearls that enrich the school district and its students. Well-functioning boards have processes in place that foster the “noise” of democracy in a respectful and productive manner.